Very few natural forests still exist around Kahuzi-Biega National Park and it becomes very difficult to find seeds of native plant species outside the park.
People in need of fire wood, timber and medicines are entering into the park to cut and collect these resources threatening the protected wildlife including the endangered great ape species (Gorilla and Chimpanzees).
We have been researching on great apes in Kahuzi since more than two decades, collecting their dungs to describe their frugivory diet. A big amount of intact seeds of fleshy fruits are found in their faeces. Intact seeds found in gorilla and chimpanzee feces may be used as a cost effective and non-invasive strategy to restore native forested habitats outside the apes range.

Berggorilla recently granted Primate Expertise with a small fund to test the germination rate of seeds of key tree species, fruits of which are preferred foods of the great apes.  Intact seeds of each species found in ape feces were used in this essay to assess the germinating rate of each tested species. 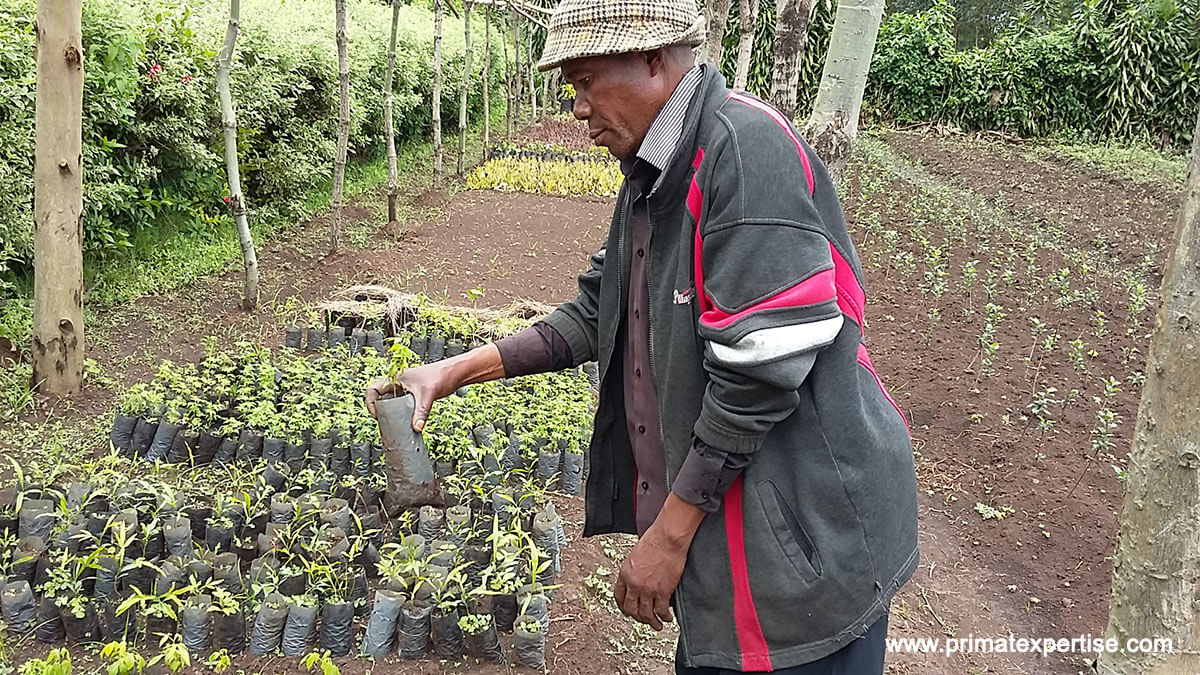 The project is receiving great support from many local institutions enthusiastic to see how gorillas and chimpanzees may play a key role in restoring degraded forests around Kahuzi using non-invasive method.  The Université du Cinquantenaire de Lwiro (UNIC-Lwiro), a public university agreed to establish a green zone on her compound planting seedlings germinated from seeds swallowed by Kahuzi apes. 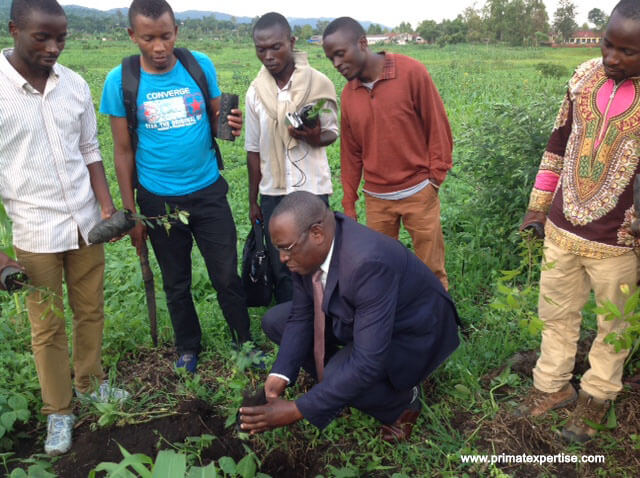 Professor JC Mubalama, the Rector of UNIC-Lwiro planting a seedling from Gorilla dung on the

It is too encouraging to see how people are very supportive to the idea of seeing Kahuzi apes contributing to improve their livelihood by providing precious material (seeds of native plant tree species) to restore degraded natural forests. Ultimately this project should be seen as a strong sensitization tool for gorilla conservation among the local community living around its natural habitat.