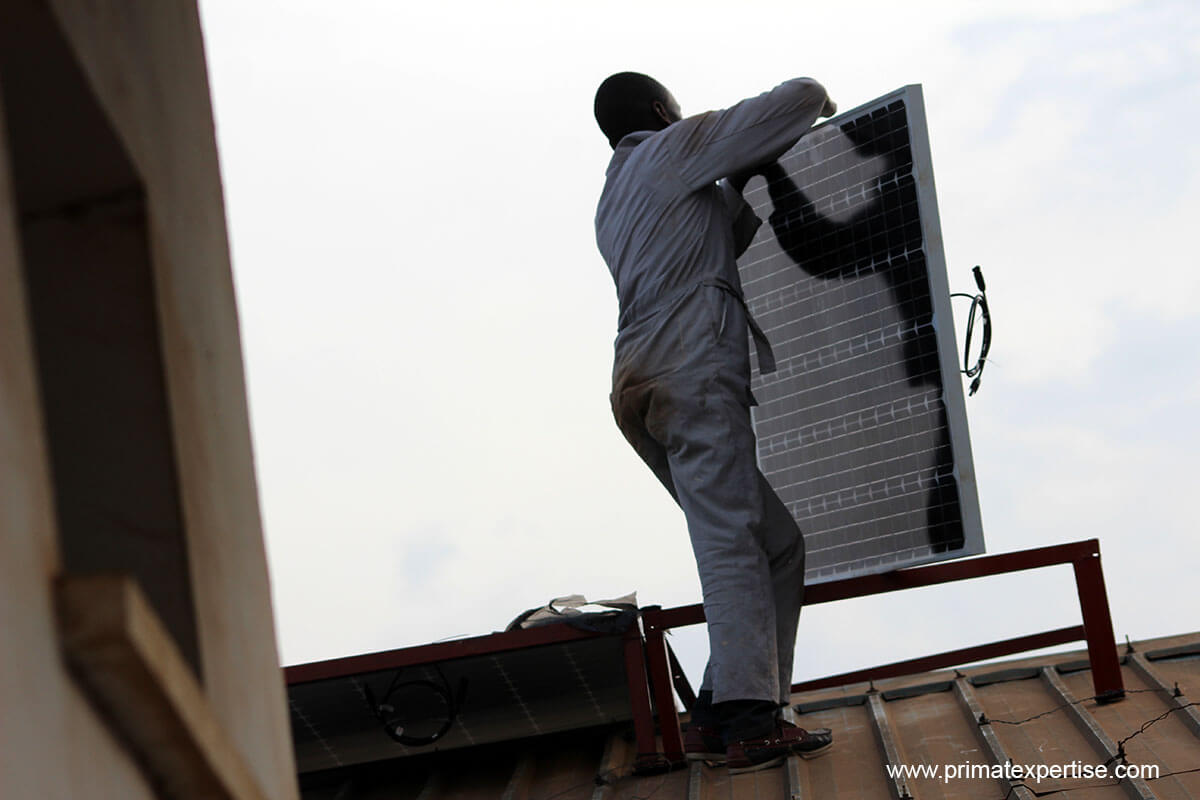 Despite the vast hydroelectric potential estimated to 100,000 Megawatts, the Democratic Republic of Congo has one of the lowest rates of electrification in the world. Presently the country utilizes only 2% of its hydroelectric capacity and the national electrification access rate is just 9%, with 1% in rural areas and about 19% in urban areas. However, the county has many other­­­­ untapped sources of energy, e.g. the Methane (CH4) gas in lac Kivu, solar energy, biogaz, etc.

Sustainable supply in electricity has been a nightmare in DR Congo, including in the capital city Kinshasa. In Bukavu town, where Primate Expertise (PEx) currently operates, the situation is even worse, especially during the dry season when the local Electric Company is unable to provide sufficient energy. The company kept complaining about the drop of the water level of Lake Kivu which supplies Ruzizi River where the hydroelectric dum is installed and which doesn’t operates efficiently during the dry season due to lack of sufficient water. As a consequence people are experiencing endless power cut-off making office works impossible.

The lack of sufficient energy in the area has a direct impact on the gorilla conservation. People, not only those living in the rural area around gorilla habitat, but also those living in nearby towns, rely on firewood and charcoal, often harvested unsustainably, as the main energy supply. Forested parks are often the last remaining source of fuel and people’s pressure on gorilla habitat is very high. Primate Expertise is very much concerned by this situation and is currently partnering with other organizations to work on less energy consuming local stoves.  Solar panels is another option of energy supply.

The uncertainty in energy supply has negatively impacted PEx activities. It has become very difficult to work on computers and access internet from our offices because of the shortage of electric energy.

Thanks to Wild Earth Allies (WEA) financial support, PEx purchased a kit of solar power which is producing appropriate electricity for 24 hours a day. The system newly installed in PEx offices is less expensive, environmental friendly and thus suitable solution against climate change.